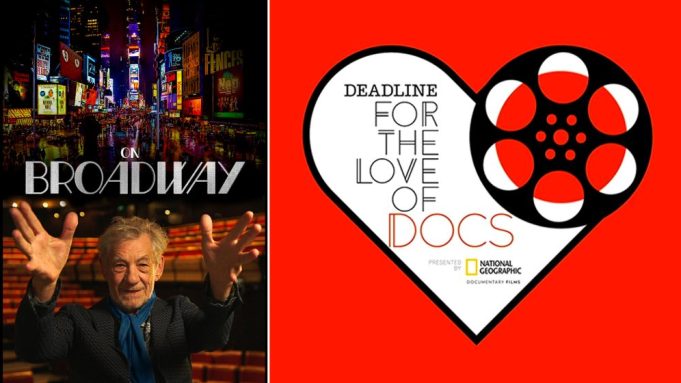 Broadway is just beginning to return from Covid hibernation, a bleak period that saw the Great White Way shuttered for over a year.

But the world’s premier theater district has faced tough times before and rebounded, as revealed in the documentary On Broadway, directed by Oren Jacoby, which played as part of Deadline’s For The Love of Docs screening series. Broadway reached its nadir in the late 1960s and early ‘70s when attendance plunged by half.

“I had no idea how close” Broadway came to going under, Jacoby explained during a discussion of the film. “That was the remarkable story.”

In that era 50 years ago, audiences fled 42nd Street and Times Square as the area morphed into the city’s red light district. Theatergoers didn’t exactly fancy rubbing shoulders with the barkers urging people into peep shows. On Broadway shows how the City and State of New York, realizing the incredible tourist draw of Broadway, eventually drove out the less savory elements occupying the Times Square area, in part by using eminent domain.

Pippin, directed and choreographed by Bob Fosse, and later A Chorus Line, brought theater fans back to Broadway in the mid-‘70s. A British invasion, led by Andrew Lloyd Webber and Cameron Mackintosh, filled seats beginning in the 1980s, and American talent, like playwright August Wilson, brought artistic luster to the Broadway stage.

“[I] had kind of witnessed slowly how [Broadway shows] had gotten more connected to the real world and more inviting to people from around the world,” Jacoby noted. “To be able to talk to some of the artists, the actors, the directors, the producers, the theater owners who had been part of a kind of revolution of changing the way they approached producing plays on Broadway, it was very exciting to be able to open that window for people.”

Among the Broadway veterans and theater folk who appear in the film are Helen Mirren, Ian McKellen, director George C. Wolfe, Hugh Jackman, Tommy Tune, James Corden and Christine Baranski. To delve into stage history, Jacoby also drew on the memoir Mr. Broadway, written by the late impresario Gerald Schoenfeld, the longtime chairman of the Shubert Organization, who helped bring Les Mis, Evita, Ain’t Misbehavin’, Sunday in the Park with George, Glengarry Glen Ross, The Heidi Chronicles and others shows to Broadway.

“I never dreamed that I would have the access to be able to do a film like this. But fate had other ideas,” Jacoby said, sharing that a chance encounter with Schoenfeld’s widow, Pat, helped open doors for him that normally remain firmly shut. “It’s a subject that I always felt was sort of off limits for filmmaking because the unions that surround the Broadway theater, that are the vital lifeblood of the Broadway theater, are very intent on protecting their product, as are the producers of Broadway plays.”

Jacoby was able to take cameras behind the scenes on The Nap, a new show that was headed to Broadway, starring transgender actress Alexandra Billings. The Nap’s subject was an unlikely one—snooker, a game similar to billiards.

“[It] seemed to me so far fetched that it could ever be a success—a play about snooker, which is a sport no one in America has ever heard of, and that it had a transgender actor playing a transgender role,” Jacoby commented. “I said, this shows Broadway in one aspect of its being, of its identity, that people forget about, and that is that Broadway, at its heart, is about taking risk. And so we wanted to show a production where people were taking all the risks.”

Watch the conversation in the video above. For The Love of Docs is sponsored by National Geographic.