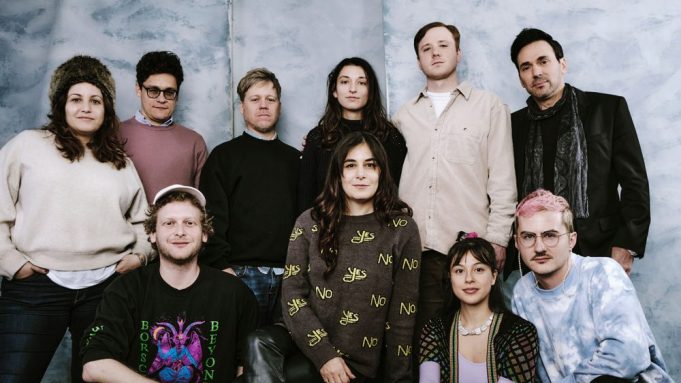 According to writer and producer Phil Lord, the idea for the cinematic feat known as Omniboat: A Fast Boat Fantasia came about from a meeting on Fairfax in Los Angeles, a burger and a PDF file.

“Lucas Leyva and Jillian Meyer are the masterminds behind [the film],” said Lord while sitting in the Deadline studio at Sundance. “They took me for a burger on Fairfax and showed me a PDF about their plan to get someone to buy them a boat that we could ride around in for all summer. I guess we made the movies as an excuse to ride around in a boat…this seemed like a really sensible business plan to me. I gave them all my money.”

Lord was joined in the studio by Mayer, Potter, Redford as well as actors Doug Lussenhop and Jason David Frank. As a symphony of different segments helmed by so many directors, it could be a messy situation where there are just too many cooks in the kitchen.

Redford said that it was all about balancing and trusting the artists involved. He said, “It was constantly an undulating process of really trusting each other to execute their ideas fully…and then all coming back together as a group and kind of refining it and thinking about the film as a whole.”