'This Is Us': How NBC Drama Wrapped The Pearsons' Story After Six Seasons; Dan Fogelman Breaks Down Series Finale; Stars React To End
Read the full story
September 15, 2019 9:30am 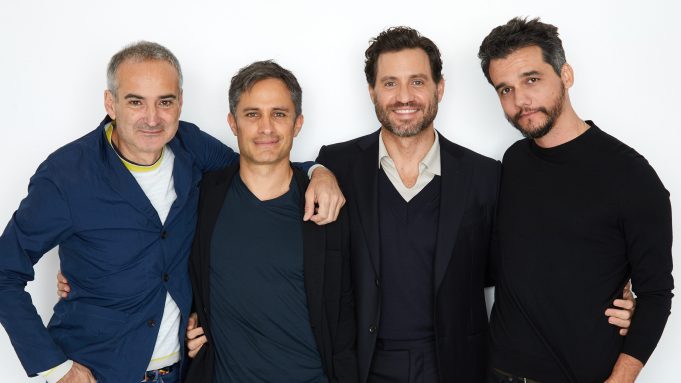 Bringing a heavyweight Latino cast—including Edgar Ramírez, Penélope Cruz, and Gael García Bernal—with him, Olivier Assayas came to TIFF from Venice with Wasp Network, a slow-burn spy thriller tracing the lives of Cuban nationals who infiltrated the U.S. after the country’s 1990s post–Soviet Union economic collapse. It marks a change of pace for Assayas after last year’s talky, intimate drama Non-Fiction, but it won’t surprise admirers of his 2010 terrorist biopic Carlos—which is how he came to be attached in the first place.

“The material came to me,” Assayas told us at the Deadline studio, “I suppose, because [Edgar and I] did Carlos together, and when there’s a spy story, usually it comes to me. But I saw that there was potential there for me to do something completely different here, especially because it was set in a part of the world that I’d never really visited. I was fascinated by it, but did not know it so well, so I thought it was a way of exploring something new. I was always looking for something where we could work together again, and [it] sounded like it had great potential. I thought it was really interesting, exciting, for me to do a movie about history—meaning Cold War history—that would still have some relevance today, in the sense that the situation in Cuba has not changed that much. I always need new spaces, new styles, to rejuvenate my desire to make movies, and there was a lot of that in this project.”

For Ramírez, though the film is set in the recent past, it has lots to tell us about the present day. “What is very interesting about this movie [is] this ongoing tension between Cuba and the United States,” he said. “It’s still going on, and it doesn’t really seem like it’s going to stop anytime soon. So, I think that one of the most important or interesting things to me, during this project, is to try to do a thoughtful examination of these individuals as human beings—not as pawns that are black and white on a chess board, or caricatures of good and evil that are normally how spies, regardless of what government they come from, are portrayed in movies. So, there’s a very human approach to the story of these people, and for me, it was very, very interesting to do that. Because I think that the spy, as an archetype, it is the ultimate exercise of a split personality. It’s like you become someone else every day, something that we can relate to as actors. But what we do plays out in a context that is fictional, where the playground for spies is very real, with very real and devastating consequences [for] their personal lives. So for us, it was very interesting to explore that.”

To hear more about Wasp Network, click on the link.