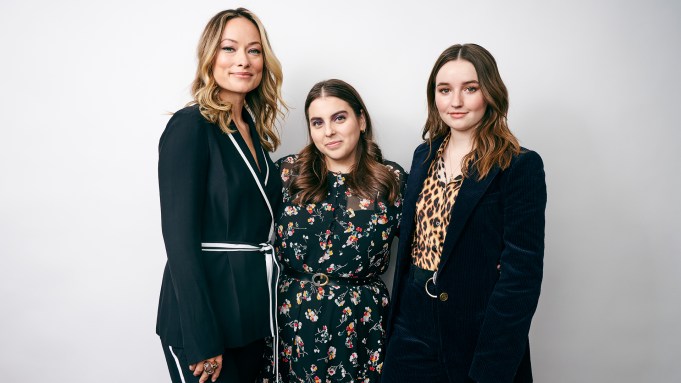 When director Olivia Wilde found out that Delta Airlines had removed the LGBTQ elements from her movie Booksmart in October, she demanded they be reinstated. By November, Delta committed to showing both Booksmart and Rocketman with LGBTQ scenes intact. Wilde told the crowd recently at Deadline’s The Contenders New York that only the LGBTQ content was edited out of Booksmart.

In the film, Beanie Feldstein and Kaitlyn Dever play high school friends who try to cram in all the partying they missed out on into graduation night. Over the course of the night, Dever’s character Amy experiences her first sexual encounter with another woman.

“It is important that these movies are uncensored,” Wilde said. “It’s important that audiences have access to them, particularly young women who want to see themselves represented on screen without shame.”

Dever said she related to her character’s bravery in asserting herself as who she is.

“She’s someone who is so brave and kind and compassionate and extremely smart,” Dever said. “I wanted to just achieve her arc and really really get into the moment where she discovers her courage in the film because that’s something that’s not easy to have, especially in high school. I related to the fears and the anxieties of all of that.”

Feldstein plays Amy’s best friend Molly. Molly pines after boys, but her friendship with Amy is the heart of the film.

“The whole movie is their love for each other,” Feldstein said. “I could go as intense as I wanted around the rest of the school because when she’s alone with Amy you see her silliness and her goofiness and her relaxed nature. That’s who she really is, so you can see that armor kind of come on and off throughout the film.”