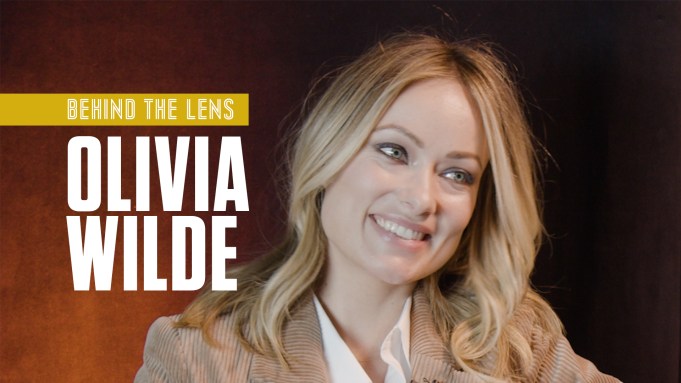 Normally Olivia Wilde would more likely be a part of my other Deadline video series, The Actor’s Side, but when she recently visited our studios it was instead to tape today’s edition of Behind The Lens. That’s right. Wilde is the latest actor to move to the other side of the camera in directing her first major feature film, the highly acclaimed Booksmart starring Kaitlyn Dever and Golden Globe nominee for Lead Actress in a Comedy or Musical Beanie Feldstein as two exceptionally smart young high school seniors who realize they spent so much time studying that they missed out on the fun and try to make up for it in one wild night just before their graduation.

In our discussion, Wilde talks about why it was this property, written by four female writers who tackled it at various times since it was on The Black List a decade ago, that was the one that made her want to direct. She now describes herself as almost totally being in the directing mode, even though she has quite a busy acting career including her current role in Clint Eastwood’s Richard Jewell. She cites Eastwood among many other top directors she has worked with in the past as being inspiration and great mentors in guiding her to this moment in her career.  She talks about what this particular film means for young women and how it has so much more to say than your usual teen-oriented comedies.

Wilde also leaves nothing to the imagination in discussing the much talked-about decision by Delta Airlines to censor her movie, cutting it from 105 minutes to just 87, but it is what they cut that really left her baffled and fearful for our society right now. She may have been censored by Delta, but she is forthright and unplugged in describing just what they took out of Booksmart before reversing course.

We start by talking about how nervous she was the first time she showed the film to one of the executive producers, Will Ferrell.

It’s a real eye opener, as the whole interview is, and you can see it all by clicking the link above.