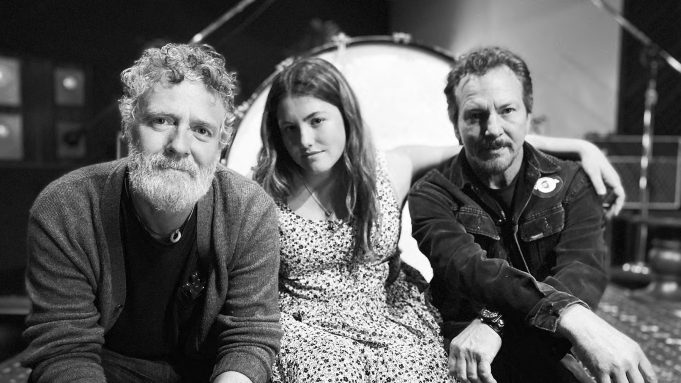 EXCLUSIVE: At this year’s Ohana Festival, which took place from September 24-26 at Doheny State Beach in Dana Point, CA, Olivia Vedder gave her first-ever live performance of “My Father’s Daughter”, her original, Oscar-contending song from the Flag Day soundtrack, which was written by her father, Eddie Vedder, and Glen Hansard.

The film from director Sean Penn, MGM and United Artists Releasing was adapted from Jennifer Vogel’s memoir Flim-Flam Man: The True Story of My Father’s Counterfeit Life. In it, the two-time Oscar winner plays John Vogel, a father living a double life as a counterfeiter, bank robber and con man in order to provide for his daughter, Jennifer.

Flag Day‘s 13-track soundtrack was released on August 20, as the film hit theaters, after premiering in competition at the Cannes Film Festival. Olivia Vedder was a performer on two of the 13, with Eddie Vedder and Hansard collaborating on a total of eight new compositions, and Cat Power contributing three more new songs.

Flag Day marks Vedder’s second film collaboration with Sean Penn, following the actor-director’s 2007 adaptation of the Jon Krakauer book, Into the Wild. The Pearl Jam frontman served as that drama’s composer and songwriter, nabbing a Golden Globe for for his original song, “Guaranteed.”

That same year, Hansard broke out with his performance in, and songwriting for the Irish musical Once, written and directed by John Carney, which won him and co-star Markéta Irglová the Oscar for Best Original Song.

Check out Olivia Vedder’s Ohana Fest performance of “My Father’s Daughter” above.