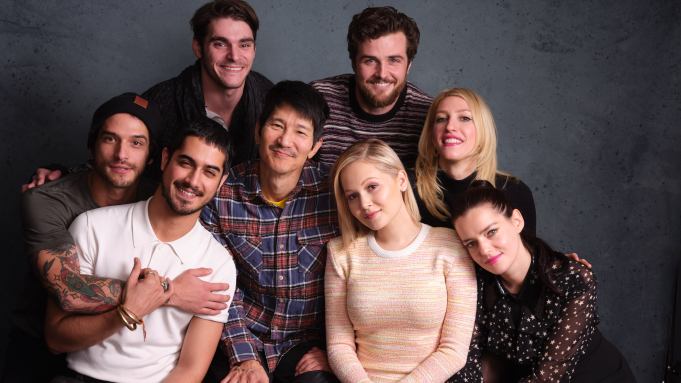 Known for radically stylistic, groundbreaking features like Mysterious Skin and Kaboom, Gregg Araki flirted with television for a number of years before going all-in, bringing Now Apocalypse to Starz. “A lot of my movies are very sex and relationship-based, particularly about young people, and that time of your life when you’re very confused, just kind of growing up and figuring out who you are,” Araki told Deadline recently at Sundance. “I just think that’s a really rich source of material, so this show is very much my dream show, in terms of doing that.”

Starring Avan Jogia, Kelli Berglund, Beau Mirchoff, Roxane Mesquida, Tyler Posey and RJ Mitte, the series follows Ulysses (Jogia), a young man pursuing love, sex and fame in LA, only to be hit with a series of premonitory dreams. As these occur, he begins to question everything, spiraling into obsession over the possible presence of a dark conspiracy around him.

While Araki has gone solo in the writing of many of his features, he enlisted Karley Sciortino as his co-writer in this case. Known as the founder of Slutever, Sciortino has written widely about sexuality and relationships, for Vogue and other outlets. “We had met on a film that we were working on together, and we just instantly hit it off,” Araki explained, sitting down at our festival studio with his collaborator. “We’re very much kindred spirits, so we co-wrote this pilot script on spec, and all of the sudden here we are.”

A longtime fan of Araki’s, the writer found his films in her late teens. “They sort of blew my mind, in terms of how they represented sexuality. It was like the first time I ever saw a bisexual male character in a movie at all,” Sciortino said. “There were all these very sexually powerful women having MMF threesomes, and I was like, ‘Wait, what?’”

Full of “sexually curious and resilient characters,” as Sciortino describes, the series drew its cast in, based on this fact alone. For Kelli Berglund (who also appeared in studio, with Jogia, Mirchoff, Mesquida, Posey, and Mitte), the kind of “female representation” reflected in Now Apocalypse was admirable. “It feels really great to sort of be paving the way a little bit,” the actress said, speaking to the series’ dimensional, highly sexual and fascinating roles, for women and men alike.

For more from our conversation with the Now Apocalypse team, click above.