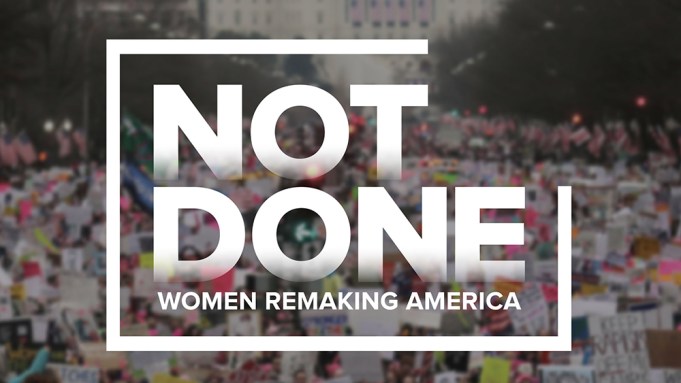 The hourlong film is produced by Alexandra Moss and executive produced by Makers founder Dyllan McGee, and features a primarily female and non-binary crew. It was the first recipient of Verizon’s $5 million Future Fund, which was created to support new and emerging female talent across entertainment and technology, and marks Wolitzky’s feature directorial debut.

Bill Gardner is the executive in charge for PBS. Verizon chief marketing officer Diego Scotti is also an executive producer. P&G is a support partner.

“I have been awed making this film and looking back at how much has happened in the women’s movement since the last election,” McGee said. “Especially as we now mourn the passing of a giant like Justice Ruth Bader Ginsburg, I am heartened by the heroic women in this film who carry on her legacy.”

Not Done was originally announced in February during the sixth annual Makers Conference in Los Angeles and had been set for a June premiere tied to the 100th anniversary of the 19th Amendment giving women the right to vote, but the coronavirus shutdown delayed its debut.