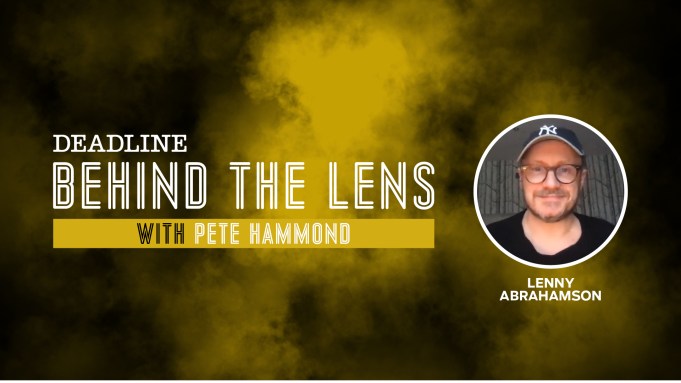 Launching our new Emmy-season edition of my Deadline video series Behind the Lens is Oscar-nominated director Lenny Abrahamson, who joins me direct from Ireland on the occasion of the debut of his new Hulu series Normal People. The intimate 12-episode drama is a deep dive into the relationship between two young people as they navigate the rocky waters of romance and life. It is based on the bestseller by Sally Rooney and stars Daisy Edgar-Jones and Paul Mescal in the unusual drama series, where each episode runs a half-hour rather than the typical hour for most TV dramas.

Abrahamson is an executive producer as well as director of the first six episodes, after which he handed off helming duties to Hettie MacDonald — an unusual setup that we discuss in our conversation, as well as the advantage of telling these stories in half-hour form like “little movies” with the focus on just two characters. He also talks about the level of detail you can achieve working in TV as opposed to features.

He also discusses the advantages of reaching a mass audience with a streaming format, as well as the downside of taking a project to streaming — especially if you are doing a movie that isn’t extremely high-profile. He knows something about high-profile movies as he earned a Best Director Oscar nomination for 2015’s Room, which was also nominated for Best Picture and won Best Actress for Brie Larson. He talks about that surprise success and reaping the rewards of it, as he has been careful not to fall into a Hollywood trap and take all the big-scale offers that followed.

Watch our conversation in the video above.