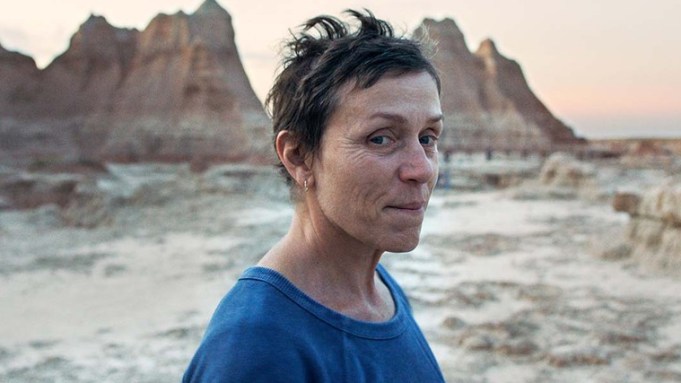 Frances McDormand is the rare actor who could make a stroll through a park seem compelling. In this new teaser for Chloé Zhao’s Nomadland, McDormand does just that, though in this case the park is a mobile home camp that quietly sets a mood of desolation and survival.

Nomadland, already set to screen at the Venice, Toronto and New York film fests, today added the 64th edition of the BFI London Film Festival to its itinerary.

The film, from Searchlight Pictures, chronicles the economic collapse of a company town in rural Nevada, where Fern (McDormand, who also produces) packs her van and sets off on the road exploring a life outside of conventional society as a modern-day nomad. The third feature film from director Zhao features real nomads Linda May, Swankie and Bob Wells as Fern’s mentors and comrades in her exploration through the vast landscape of the American West.

Nomadland will be released by Searchlight Pictures only in theaters this December.