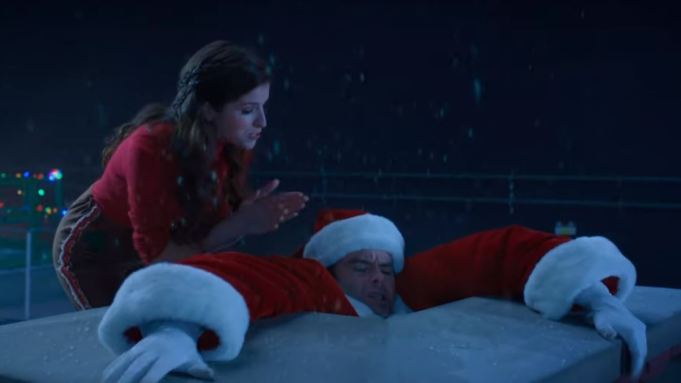 If it’s the dog days August, it’s time for a little holiday magic, right? Here is the first trailer for Noelle, which premiered during the D23 Expo in Anaheim Today. Check it out above.

Starring Anna Kendrick as Kris Kringle’s daughter and Bill Hader as her brother, the film will launch November 12 as part of the initial programming slate of Disney’s streaing service, Disney+

Here’s your pine log line: Noelle (Kendrick) is full of Christmas spirit and holiday fun but wishes she could do something “important” like her beloved brother Nick (Bill Hader), who will take over from their father this Christmas. When Nick is about to crumble like a gingerbread cookie from all the pressure, Noelle suggests he take a break and get away — but when he doesn’t return, Noelle must find her brother and bring him back in time to save Christmas.

The trailer was one of several released during Day 1 of Disney’s biennial D23 Expo in Anaheim, which focused on the upcoming streaming service. Here are links to some of the others:

‘Encore!’ Trailer: Bringing Back The High School Musical You So Fondly Remember