Continue to Deadline SKIP AD
You will be redirected back to your article in seconds
Skip to main content
December 20, 2019 10:28am
1Comments 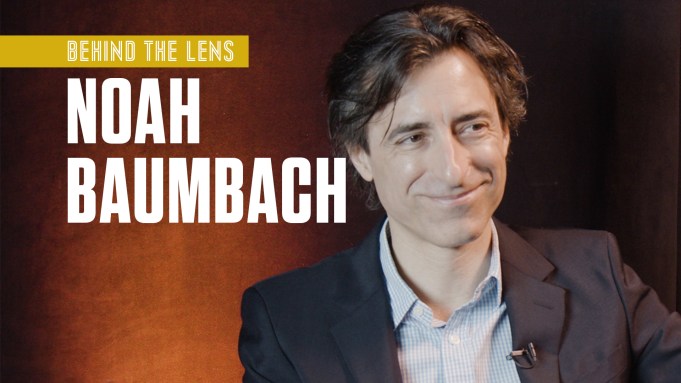 Noah Baumbach has made a number of films inspired by his own life, or others’ lives he has known. But don’t necessarily categorize his movies as strictly autobiographical, as I learned when we sat down in our Deadline studios for this week’s edition of my video series Behind the Lens.

Baumbach’s latest, Marriage Story, is the result of several things he studied, including his own marriage and subsequent divorce from actress Jennifer Jason Leigh. But as he tells me, even though it — like many of his films, from The Squid and the Whale to While We’re Young — is personal, that does not mean it is autobiographical. Baumbach said he interviewed numerous married and divorced couples in his research, and referenced several movie genres in writing his original screenplay. Those genres even surprisingly included Hitchcock movies, films set in New York City and Los Angeles, Ingmar Bergman’s closeups in Persona, as well as more obvious comparisons like Shoot the Moon and Kramer vs. Kramer, even though the latter is really a custody story.

Baumbach says his film is actually a love story about divorce, which in turn gives him the opportunity to look at marriage more clearly. We also talk about maintaining a tricky tone between comedy and drama, and the fact that he asks his actors to do a large number of takes, always including them in the creative decisions as well.

Marriage Story has earned him the best reviews of his career and significant SAG, Critics’ Choice and Golden Globes nominations — the latter where it led all films with six noms. It also swept the Gotham Awards, winning four overall.