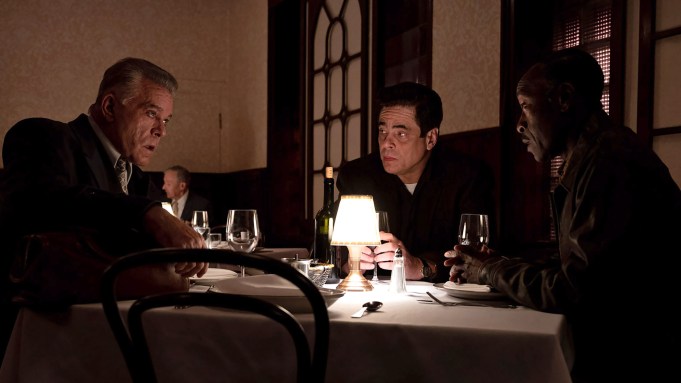 Trust is a setup.

That rather ominous thought serves the tagline for No Sudden Move, Steven Soderbergh’s heist thriller for HBO Max starring Don Cheadle and Benicio del Toro. Check out the new trailer interspersed with 2WEI’s “Boom Boom” above and the key art below.

No Sudden Move follows a group of small-time criminals in 1954 Detroit who are hired to steal what they think is a simple document. When their plan goes horribly wrong, their search for who hired them – and for what ultimate purpose – weaves them through all echelons of the race-torn, rapidly changing city.

Soderbergh directed the pic from a screenplay written by Ed Solomon, and No Sudden Move was produced by Casey Silver; both collaborated with the director on his HBO series Mosaic. Julie M. Anderson executive produces.

The film starts streaming July 1 exclusively on HBO Max, after its June 18 world premiere at Tribeca.