As Packaging Comes To An End Today, Squabbles Over Grandfathered Projects Likely To Continue; Analysis + WGA Q&A
Read the full story
May 29, 2021 2:48pm 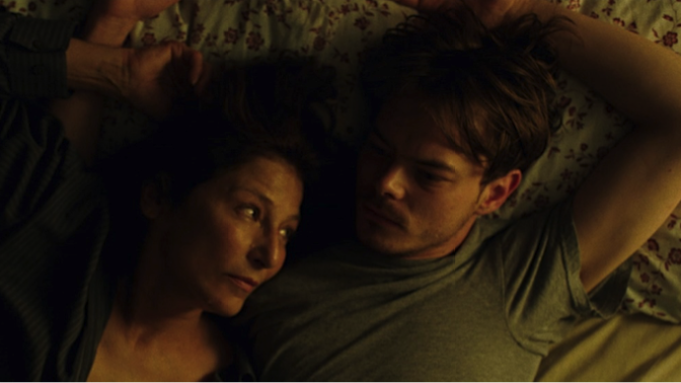 EXCLUSIVE: Deadline has your first look at No Future, an addiction drama starring Catherine Keener (Kidding, Forever) and Charlie Heaton (Stranger Things), which is set to premiere at the 2021 Tribeca Film Festival on June 13.

Directed by Andrew Irvine and Mark Smoot, from a script by Smoot, the feature centers on Will (Heaton), a recovering addict who returns home, upon hearing of the tragic overdose of an estranged friend. After Will returns to his community, he reconnects with his friend’s grieving mother, Claire (Keener), and the pair begin a secret but volatile affair. Ultimately, this development in their relationship comes to both soothe and distort the complicated feelings of guilt and grief experienced by each.

No Future is, in the words of Irvine and Smoot, “a story for and about those of us who have ever felt lost, forgotten, and left behind in a world absent of forgiveness and grace,” which draws on their personal experiences of loss, grief and addiction.

“This is a deeply personal film about the urge within us to escape,” the directors said in a statement, “to deny, to disappear from the world, and — most of all — to run away from ourselves.”

Check out the first, intimate clip from No Future, featuring Keener and Heaton, above.