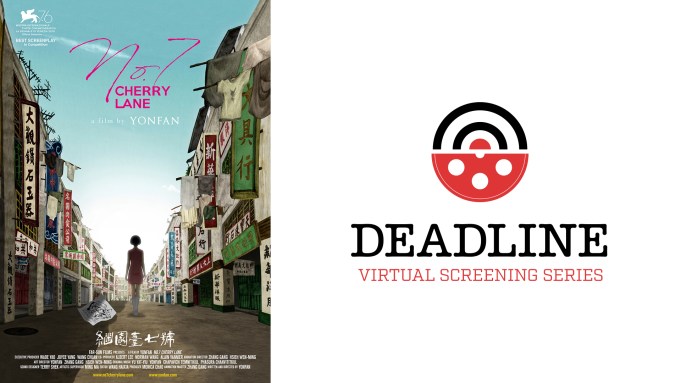 Hong Kong filmmaker Yonfan has been unafraid to push the boundaries in cinema, having pioneered LGBT themes in Asian cinema, in particular with the 1998 movie Bishonen, which followed a handsome gigolo and a hunky cop, who are trying to come to terms with their sexuality.

Now he’s delivered his first adult animation movie, No. 7 Cherry Lane, in his 14-picture career, which took five years to create using a riveting 3D to 2D process. The result is a style so brilliantly vibrant and a character all to itself on screen, putting Hong Kong through a lens we’ve never seen before.

The movie follows Ziming, a University undergraduate, who becomes entangled between his amorous feelings for a self-exiled mother Mrs Yu from Taiwan and her beautiful daughter Meiling. The picture, which won Best Screenplay at the 2019 Venice Film Festival, is set against Hong Kong’s 1967 riots when pro-China leftist groups rallied against the British colonial government, turning the city upside down for six months. It was during this time that Yonfan saw mass demonstrations, bombings, violence and bloodshed. At the same time, No. 7 Cherry Lane is an ode to the European cinema of the era, i.e. Fellini and French New Wave, that Yonfan grew up with.

Check out our conversation with Yonfan.