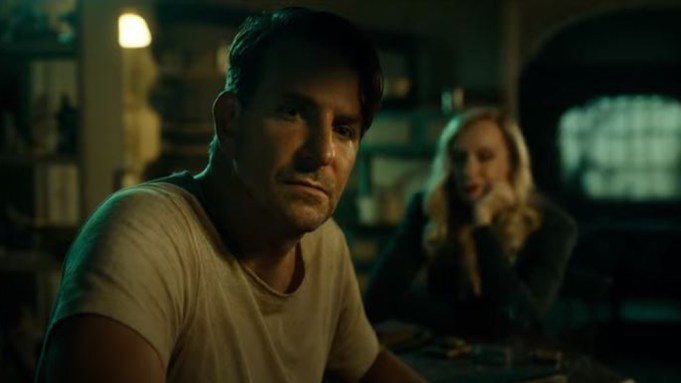 “I am prepared to offer you folks one last chance to witness this supreme oddity…. Is it a beast — or is it a man?”

So says Willem Dafoe’s carnival barker in the first teaser trailer for Nightmare Alley, director and co-writer Guillermo del Toro’s star-packed remake of the 1947 film noir classic, based on the 1946 novel by William Lindsay Gresham.

Have a look at the fiery, mostly quick-cut footage above.

Cooper plays Stan Carlisle, an ambitious young carny who has a talent for manipulating people with a few well-chosen words. He hooks up with a psychiatrist (Blanchett) who is even more dangerous than he is.

The pic co-written by Kim Morgan marks Del Toro’s first time behind the camera since 2018’s The Shape of Water, for which he won Best Picture and Best Director Oscars. He also produced Nightmare Alley along with his Shape of Water collaborator J. Miles Dale.