Continue to Deadline SKIP AD
You will be redirected back to your article in seconds
Skip to main content
February 6, 2020 11:28am
1Comments 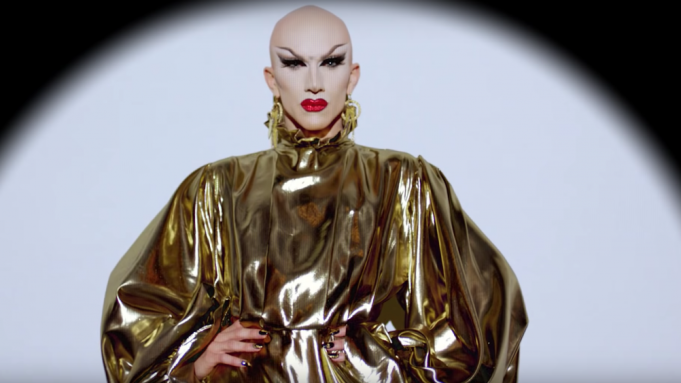 “We’re transforming the system that doesn’t work for us,” says drag queen Sasha Velour in the striking and slay-worthy first look teaser of the Quibi series Nightgowns.

In the new series for the short-form mobile platform, the RuPaul’s Drag Race season 9 winner will bring her high-concept, high art stage show of the same name to Quibi. Part performance documentary, part portrait, the eight-episode series will shed light on her wildly creative work with each member of her unique ensemble to craft the lip-sync performances of their wildest dreams.

The teaser gives us a peek at the fabulousness and fierceness of Sasha Velour and the show and how she is elevating art and putting her stamp on the world of drag.

Each installment draws us to one performer and reveals their daily life, process, and backstory, culminating in a 2-3 minute made-for-mobile visual expression of their live number, directed by music video director Sophie Muller who has collaborated with Beyonce, Rihanna, Coldplay, Radiohead and Alicia Keys. The result will bring a new and fresh take on live drag, designed for the screen with eight shareable performances that redefine what drag can be.

Sasha Velour will serve as the executive producer of Nightgowns. The Quibi series will be produced by the Academy Award-nominated producers at The Documentary Group.