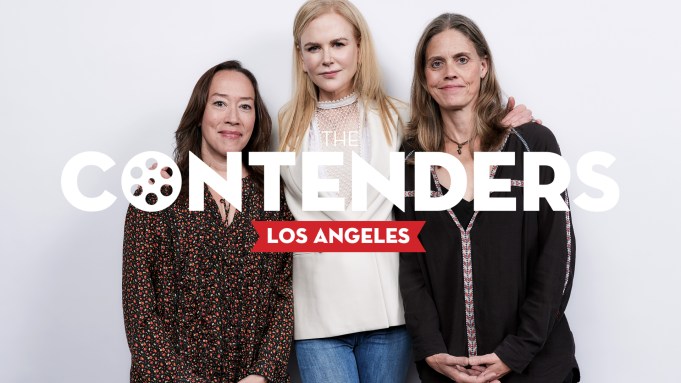 It was an all-woman panel — actress, director, film editor — as the Destroyer team of Nicole Kidman, Karyn Kusama and Plummy Tucker joined me on the DGA stage last month for Deadline’s eighth annual The Contenders Los Angeles awards-season event.

The subject was the very intense Annapurna film opening Christmas Day, in which Kidman plays a flawed, beaten and determined Los Angeles cop trying to come back from some very big mistakes. Kidman discusses how she and Kusama had to forge an alliance to bring the character to life since in nearly every scene her face is in closeup, and it had to be authentic from day one. Kusama talks about never having this close a working experience with an actor in any of her films before.

The director also discusses the 1970s-era film inspirations she brought to the project from Klute and The Parallax View to The French Connection and Taxi Driver.

Tucker discusses the tricky balancing act of editing a film that jumps back and forth in time, and how to make it all coherent without being confusing.