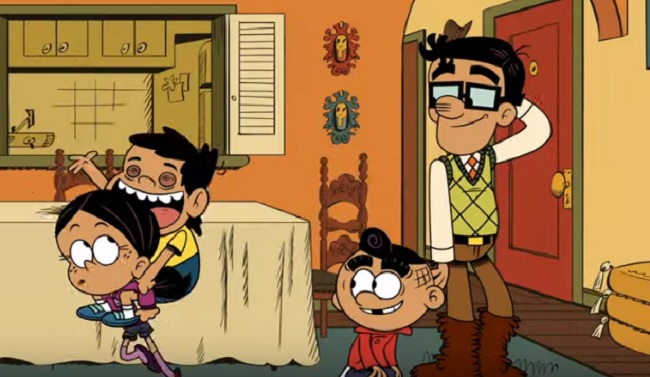 The Casagrandes is set to take Nickelodeon viewers on a series of fun-filled adventures starting October 14.

That’s when The Loud House spinoff about the adventures of a multi-generational Mexican-American family will premiere on the cable network. The new original animated comedy tells the story of 11-year-old Ronnie Anne, who moves to the big city with her mom and older brother to live with their family, the Casagrandes.

After moving in with their grandparents in Great Lakes City, Ronnie Anne must adjust to her new life living under one roof and over the family-run market, which is a gathering place for everyone in the neighborhood.

The Casagrandes premieres Monday, October 14, at 1:30 p.m. (ET/PT). Following its premiere, the series moves to its regular timeslot on Saturdays at 11:30 a.m. (ET/PT) beginning Saturday, October 19, on Nickelodeon.