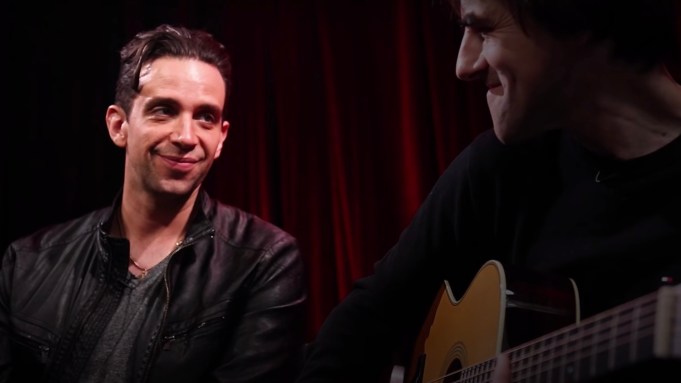 More than 150 friends and costars of actor Nick Cordero paid tribute to the late Broadway star yesterday, joining in Cordero’s video performance of the song “One of the Great Ones” from A Bronx Tale.

The video tribute premiered during yesterday’s memorial livestreamed on Broadway On Demand. The Tony-nominated Cordero died July 5 after a difficult battle with COVID-19. His fight with the coronavirus was chronicled by wife Amanda Kloots on Instagram for a worldwide audience of fans.

Cordero starred in the 2016 Broadway musical A Bronx Tale, with music by Alan Menken and lyrics by Glenn Slater. The musical number “One of the Great Ones” became a signature tune for the actor. The memorial video begins with Cordero performing the song in an intimate concert setting accompanied by guitarist Bernd Schoenhart.

“There has been so much love going into making this memorial as special as Nick was,” Kloots posted on Instagram. “Thank you to any and all who gave their time and talent so graciously.”

On Sept. 17, Live Your Life, a live recording of Cordero’s April 2019 show at New York’s Feinstein’s/54 Below cabaret, will be released by Broadway Records.

Watch the memorial tribute to Cordero above.