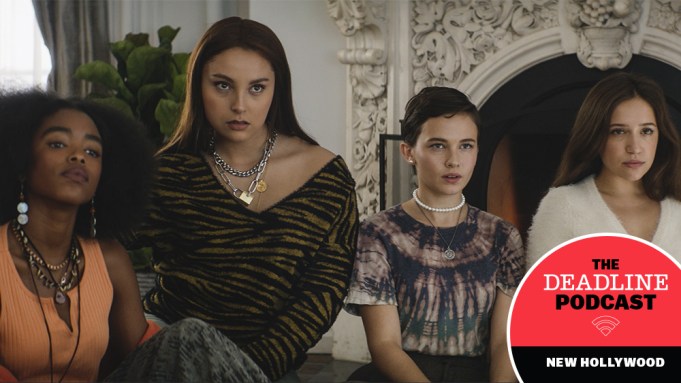 It’s been a little over 24 years since The Craft hit theaters and to this day, it remains a cult classic. That said, having a sequel in 2020 is more than welcome. The follow-up initially had a lot of starts and stops, but after Blumhouse Productions took over development and added Band Aid helmer Zoe Lister-Jones to write and direct, fans of the original had a feeling it was in good hands.

The Craft: Legacy (which hits PVOD on October 28 — just in time for Halloween) introduces us to a brand new coven played by stars Cailee Spaeny, Gideon Adlon, Lovie Simone and Zoey Luna. The Craft: Legacy offers a new story that leans into the current social landscape of bullying, identity, toxic masculinity and female empowerment that speaks to this generation as well as the generation that lived for the 1996 movie directed by Andrew Fleming.

In a New Hollywood Podcast video interview with Lister-Jones, Spaeny, Adlon, Simone and Luna, we talked all about how the sequel is fresh but still keeps in the spirit of the original. We also talk about what each character brings to the table, destigmatizing witchcraft and how the movie bolsters the power of female relationships. The ladies also tease certain Easter eggs in the sequel. Watch the interview above or listen to the audio below.