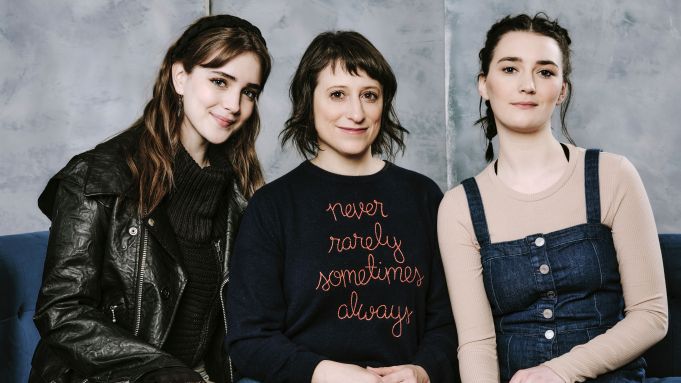 Beach Rats helmer Eliza Hittman made her way to the Sundance Film Festival with her latest feature, Never Rarely Sometimes Always, which follows two teenage girls in rural Pennsylvania who, faced with an unintended pregnancy and a lack of local support, embark on a fraught journey across state lines to New York City.

Hittman said she “first had the idea for the film in 2012,” when she stumbled upon an article about “a woman who passed away in a hospital in Galway after being denied a life-saving abortion.”

“I started to wonder where would she have had to go? How far would she have had to travel to save her own life?,” said Hittman. “I started reading about the journeys that women take to other countries and within America from rural areas into urban areas. It’s what’s insensitively coined abortion tourism. Her death was really the beginning of an extensive research process for me.”

Hittman also spoke about the importance of “reclaiming that representation” when it comes to female-centered narratives.

“I’ve always written stories about women,” said Hittman. “For me, it’s about reclaiming that representation. That’s always been part of my creative agenda as a filmmaker.”

For more on the conversation, check out the video above.