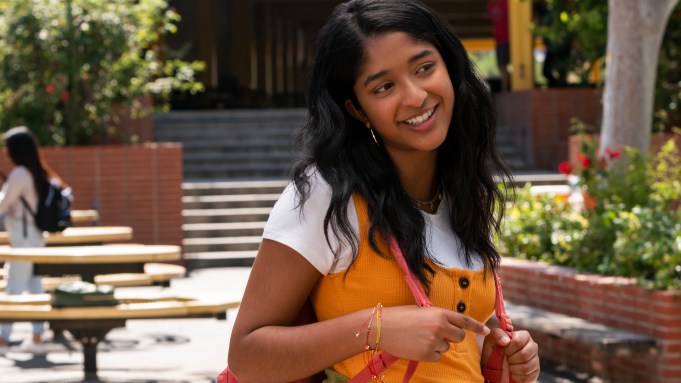 Never Have I Ever, the new coming-of-age comedy about the complicated life of a modern-day first-generation Indian American teenage girl, has released its first look teaser.

The series will premiere via Netflix on April 27. The series stars newcomer Maitreyi Ramakrishnan as Devi, an overachieving high school sophomore who has a short fuse that gets her into difficult situations.

Kaling, who played Kelly Kapoor on The Office for seven years, starred in the Fox/Hulu comedy series The Mindy Project.
She was also the co-creator, writer, and producer of the NBC sitcom Champions and the Hulu miniseries Four Weddings and a Funeral. Her latest film is the comedy Late Night.
Watch the teaser above.