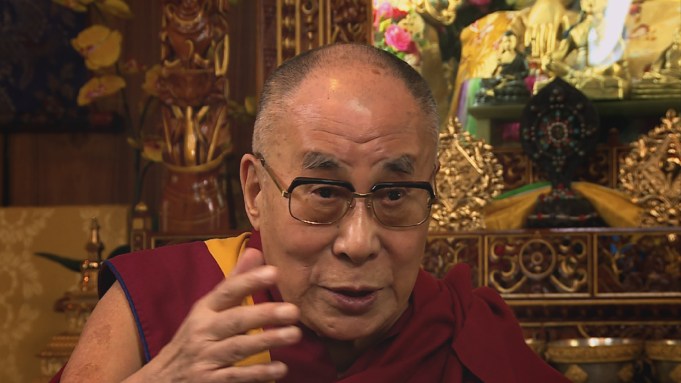 Narrated by Downton Abbey star Hugh Bonneville, the pic will be released on March 31 by Fathom Events in 800 theaters across the U.S. The date marks the 63rd anniversary of the Dalai Lama’s escape from occupied Tibet in 1959.

In the film, the Dalai Lama himself tells the story of the escape. It also features Har Mander Singh, the Indian political officer who guided him safely to the plains of India.

Directed by Jean-Paul Mertinez and produced by Compassionate Films UK, the film’s executive producers are Red Rock Entertainment, Templeheart Films and correspondent Rani Singh. The movie is inspired by the book An Officer and His Holiness by Rani Singh. Parkland reps sales.

Ray Nutt, CEO of Fathom Events, adds: “Fathom Events is proud to bring this extraordinary story of one of the world’s most influential refugees and his dramatic escape from occupied Tibet to theaters nationwide. To hear about one of the most significant events in world history directly from the Dalai Lama will be an unforgettable experience for those who see this amazing documentary.”