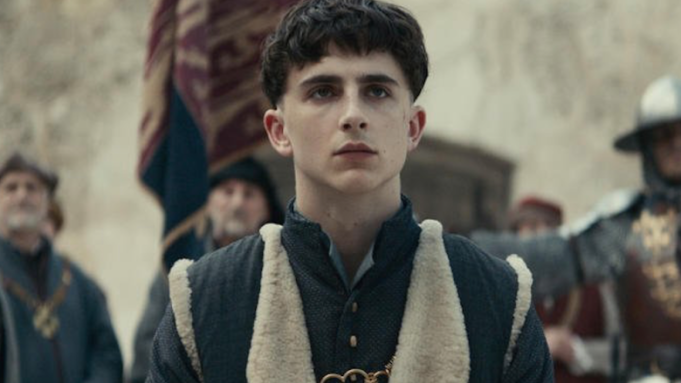 Also starring in the anticipated feature are Robert Pattinson, Sean Harris, Ben Mendelsohn, Lily-Rose Depp and Joel Edgerton. The pic is based on classic Shakespeare plays Henry The IV [Parts 1 and 2] and Henry V, in which a young disgraced prince Hal (Chalamet) inherits the crown at a particularly turbulent time in English history and must learn what it means to be a king. Brad Pitt’s Plan B is among producers. Script comes from Michôd and Edgerton.

The film will soon get its world premiere at the Venice Film Festival and the streamer will release it “in select theaters and on Netflix” this fall.