Continue to Deadline SKIP AD
You will be redirected back to your article in seconds
Skip to main content
June 10, 2019 4:09pm 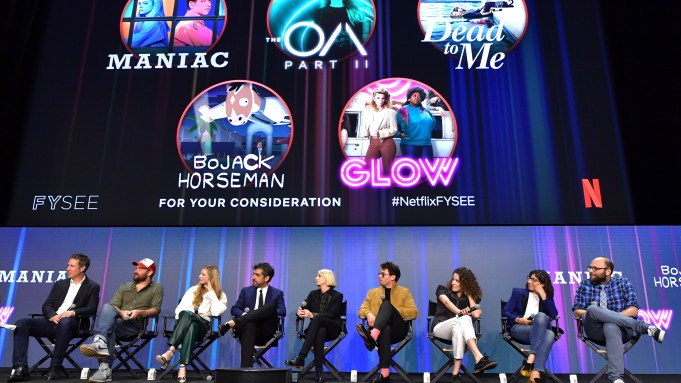 “We chase our discomfort a lot,” revealed GLOW co-creator Carly Mensch on the Change in Focus: Flipping the Script panel last week of the creative process she and Liv Flahive go through for the Netflix female wrestling series.

If that’s the case for the Alison Brie and Betty Gilpin-led GLOW, the other creatives all had a tale to tell as well – as you can see in the video of the panel above.

There have been a lot of top talent FYC events this awards season at Netflix’s Raleigh Studios venue but I challenge you to find a panel that was as extensive and expansive as the Change in Focus: Flipping the Script shindig of June 6.

Just look at the array of consummate professionals that were on-stage.

So, check out the video above to hear the crew discusses compartmentalization, how many seasons they think their show(s) should go and much more. It’s well worth it.