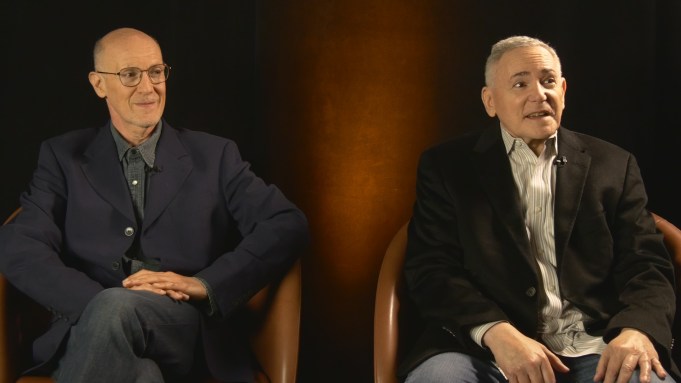 Craig Zadan and Neil Meron are one of the top producing teams in show business with a vibrant career covering all the bases from movies (Chicago, Hairspray, Footloose, The Bucket List) to Broadway (revivals of Promises Promises, How To Succeed In Business Without Really Trying) and television. where they have become the go-to team for the new craze of live musicals that began with their ratings smash The Sound of Music, and followed by Peter Pan, Hairspray Live!, The Wiz Live! and upcoming next spring Hair Live!. This past Easter the guests of this week’s Deadline video series Behind the Lens had perhaps their biggest critical success in the genre to date with the concert staging of Jesus Christ Superstar! which aired to great success on NBC.

Their latest musical has gained a lot of Emmy buzz, and should it actually win it will create three new members of the EGOT (Emmy, Grammy, Oscar, Tony) club with star John Legend and writers Andrew Lloyd Webber and Tim Rice — not bad. For Zadan and Meron, it could also mean their own first Emmys after numerous nominations for many projects including serious play adaptations like A Raisin in the Sun as well as previous filmed musical takes on The Music Man, Annie and Cinderella (their production Life With Judy Garland took several Emmys including one for star Judy Davis). On top of all this they were the first in 16 years to consecutively produce the Academy Awards for three years in 2013, 2014 and 2015.

Zadan and Meron stopped by our studios where we talked about all of this whirlwind of activity and where they are headed next — and yes that includes a brand new Broadway musical version of Some Like It Hot. Check out our conversation above.