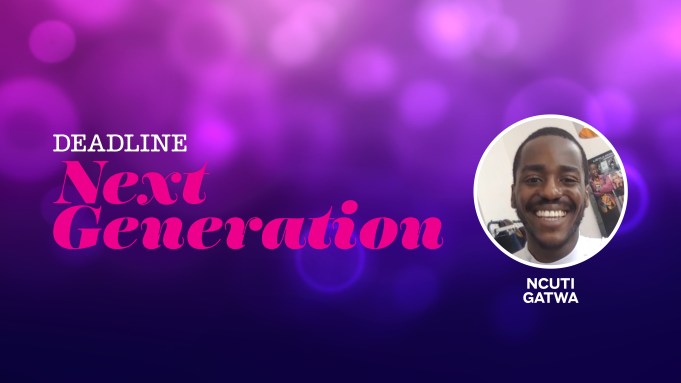 Sex Education has become one of Netflix’s most important and adored shows since launching last year, and Ncuti Gatwa is a breakout star of the ensemble cast, earning a BAFTA TV Award nomination for his work.

The actor, who hails from Rwanda via Scotland, plays Eric Effiong with a vivacity that matches his colorful wardrobe, and his friendship with Otis Milburn (Asa Butterfield) helps anchor the Eleven-produced series.

But, as Gatwa recalls in an interview for Deadline’s video series Next Generation TV, it was an audition with Connor Swindells (who plays Eric’s unlikely love interest Adam Groff) that ultimately landed him the role: Gatwa twerked in front of producers, prompting laughter. Ultimately, the moment captured Sex Education‘s liberated spirit, which allows the drama to deal with heavy issues such as sexuality and identity with a light-footed levity.

“It’s a show of its time,” he says, adding that people can identify with it on different levels.

Gatwa should be filming Season 3 right now, but coronavirus has derailed the shoot until August at the earliest. In the meantime, he has wrapped Last Letter From Your Lover, a feature with Shailene Woodley and Felicity Jones, and he has been attached to a number of yet-to-be-announced projects.

He also says he is keen to break free from his teenage image and “play everything” to test his range and lists — with some glee — the kinds of character he would like to play including a villain, an African uncle, and even an old grannie.