'Supernatural' Prequel 'The Winchesters' In Works At the CW From Jensen & Danneel Ackles
Read the full story
January 27, 2019 2:30pm 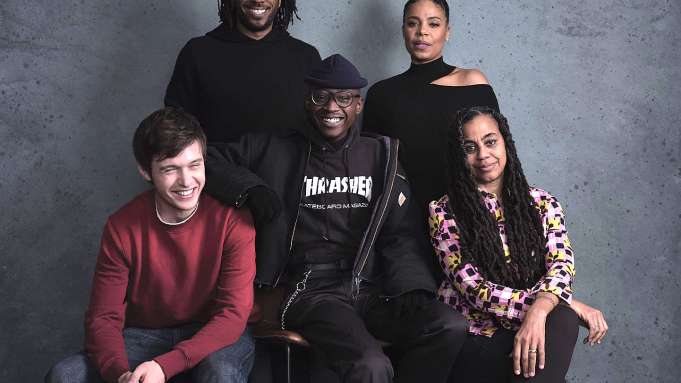 Soon after being picked up by HBO Films in an eight-figure deal, A24’s Native Son cast and creatives stopped by Deadline’s Sundance studio following the Park City-based fest premiere of the film.

Based on the 1940 novel by Richard Wright, the film centers on Big (played by Moonlight breakout Ashton Sanders) who accepts a job as the chauffeur for wealthy businessman Will Dalton’s family. Moving into their mansion, he begins driving Dalton’s vehemently progressive daughter, Mary. But his involvement in an accidental death places Big on a collision course with the powerful social forces pitted against him.

“I think there’s a lot of opportunity for things to take away and I think a lot of those things can be quite subtle,” said first-time feature director Rashid Johnson, who was joined in the studio by Sanders, Sanaa Lathan, Nick Robinson, as well as Native Son screenwriter and Pulitzer Prize-winner Suzan-Lori Parks.

“I think people are accustomed to having certain things translated to them when they are exposed to certain films that are about communities whether that be the LGBTQ community or communities of color. This film doesn’t necessarily satisfy some of those really specific quotas,” said Johnson.

“This film has a tremendous amount of subtly. It’s very layered. I think the takeaways are very much like that layered onion where the deeper you peel away the more and more you have an option to explore.”

See more of the conversation above.