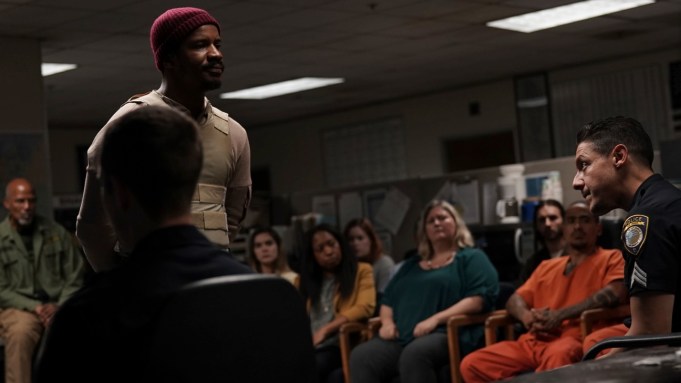 Nate Parker (The Birth Of A Nation), Omari Hardwick (Kick-Ass), Theo Rossi (Luke Cage), Beau Knapp (Seven Seconds) star in the film which has been championed by Spike Lee who is an exec producer.

The film charts how after witnessing his 14 year-old son’s murder by a white police officer who goes uncharged, Marine veteran Lincoln ‘Linc’ Jefferson takes matters into his own hands in a series of events he hopes will finally lead to justice for his son.

The film will be released next year in the U.S. on Martin Luther King Day and producers are aiming for awards season traction. Pete Jarowey and Josh Spector negotiated the deal for Vertical Entertainment with Mark Burg, Tarak Ben Ammar, and Emily Downs on behalf of the filmmakers.

Producer Ben Ammar told us: “When I was brought Nate’s script, I knew I had to be involved as this story would spark a discussion about the state of racism not only in the US, but the whole world. Just a few months after its premiere at the Venice Film Festival, the BLM movement occurred. As a society, we need to acknowledge the truth about systemic racism and tackle the fear that drives it. We’re thrilled to have our friends at Vertical Entertainment bring this film to audiences in the U.S. Nate Parker and his cast of talented actors will keep audiences on the edge of their seats while this story gets up close and very personal as it crescendos to its climax.”

Parker said: “In 2014, following the death of Michael Brown, I traveled to Ferguson, Missouri to stand against the overt domestic terrorism I saw spreading like a virus throughout our country. My hope was both to amplify calls for justice, while seeking a better understanding of the tensions between law enforcement and men and women of color. The most tragic moment of this trip arrived when I stood downtown between two infuriated groups of citizens. From one side came yells of ‘Justice for Mike Brown’ and on the other ‘Support Our Police’. It became even more clear to me, the disconnect in our collective understanding of citizenship, law enforcement, and our responsibility to preserve American Black lives. This trip and subsequent killings developed in me a fire that manifested itself into the makings of this film American Skin.”

He continued: “As an American citizen, father, brother, son and artist, I felt compelled to use my platform as a filmmaker to respond to this crisis in a way that could not only promote social equity, but initiate a global culture shift that can result in the preservation of lives. If saving one life is the only thing this film achieves, it will have served its core purpose.”

Parker and Spike Lee took part in an extraordinary impromptu press conference at the Venice Film Festival in 2019 in which Parker addressed the “humbling journey” he has been on since 2016 when his directorial debut The Birth Of A Nation was derailed after news of rape allegations from his college days came to light. Parker stood trial in 1999 and was acquitted of the charges.