Continue to Deadline SKIP AD
You will be redirected back to your article in seconds
Skip to main content
May 22, 2018 1:37pm 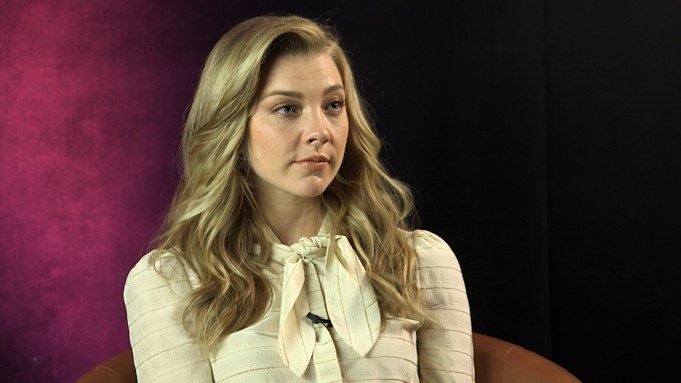 “The original material of the novel is such a great story, and it has so much to give, then, like a lot of stories that we revisit in the industry, it lends itself very easy to a wider interpretation,” Natalie Dormer says of Amazon’s adaptation of Picnic At Hanging Rock, which of course was also a seminal film from director Peter Weir in 1975.

“You’ve got six hours here to handle the original 200 pages of Joan Lindsay’s book,” Game of Thrones alum Dormer adds of the advantages of handling the material from the 1967 novel as a six-episode limited series. Amazon launches it May 25.

Set in a very different era of 1900 Australia, this very appetizing Picnic, like the Weir pic, focuses on the consequences of the Valentine’s Day disappearance and presumed death of three students and a teacher from the tyrannical Appleyard College girls school, run by Dormer’s chilling character. With a nod to today, the late Victorian Era depicted in the Larysa Kondracki-showrun series from the House of Bezos is a world and time when women had very few choices of career or much of anything beyond marriage.

With the film In Darkness, which she co-wrote, also coming out later this week, Dormer revealed during our conversation for Deadline’s video series Next Generation TV that a big part of the roles she plays are about finding friction.

“I like to play complex women,” Dormer says. “I like to play contradictory women and I think if you look at Anne Boleyn, Margaery Tyrell or Cressida, or Sofia in my film In Darkness or Hester Appleyard, they are women that are struggling within their own identity with themselves. I look for that tension — to me that’s drama.”

Touching more on the topic of the soon-to-conclude HBO blockbuster Game of Thrones based on George R.R. Martin’s books, Dormer also asserted that she envisions evolving her career toward the production aspect of the industry as well – especially after the collaborative In Darkness experience with director Anthony Byrne, who penned the upcoming thriller with the SAG Award nominee.

“I want to challenge myself and grow more as a storyteller,” Dormer told me in our sit-down. “Yes, that’s increasingly leaning itself to the other side of the camera at the moment …there’s no rules anymore about how you can make something.”

Take a look at more of what Dormer has to say about the new Picnic At Hanging Rock, the GoT “phenomenon,” the potential future of the industry, making In Darkness and much more in the video above.

And check out some of our previous recent Next Gen TVs with The Alienist’s Dakota Fanning from last week and my May 1 interview with Unsolved: The Murders of Tupac and the Notorious B.I.G. actorsWavyy Jonez and Marcc Rose.  among others.