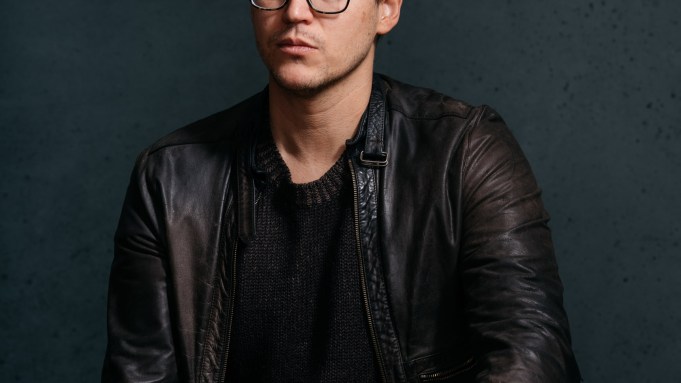 It’s 1977 and the Son of Sam is on the loose in New York, but in Alistair Banks Griffin’s The Wolf Hour, June is safely isolated in her Chinatown fifth-floor walk-up. Only the door buzzer is there to remind her of the outside world, as she contemplates her former life as an important figure in the counterculture.

While writer/director Banks Griffin personally lived in that exact same setting—albeit some years later—ironically he didn’t have a door buzzer, which proves to a key character in its own right in the film. “That was really the spark of the story for me, living in New York for almost 20 years and wanting to channel all my feelings and emotions about that,” he explained when he dropped into Deadline’s Sundance Studio.

“I’m enamored of New York in the ’70s because I think it’s one of the most interesting times of any city in modern history,” he said. “This was about as bleak as it could get, and still there was this vibrant, cool thing happening there, and some of the best art and culture and music was coming out of the city at the time.”

Naomi Watts plays June, and for her, the script immediately appealed. “I loved the world in which she had found herself,” Watts said. “She’s someone who is at a real low point having come from a place where she was truly relevant in her time, and something terrible had happened which created a big case for her to just lock herself inside…I really loved the examination of that level of isolation and depression.”

But then, of course, there is the ever-present door buzzer. “There comes a point, without giving too much away,” Watts says, “where she’s got to eat, she’s got to move out of it. And the buzzer is this thing that creates the tension: The world outside is calling; the world outside exists, and you can’t hide.”

As an artist, Watts found the character’s need for reinvention and self-examination resonated. “I think any artist would relate to this film in that feeling of the loss of relevance, and, ‘Can I reinvent myself?’ And, ‘How do I get through this?’”