Continue to Deadline SKIP AD
You will be redirected back to your article in seconds
Skip to main content
January 10, 2022 5:42pm 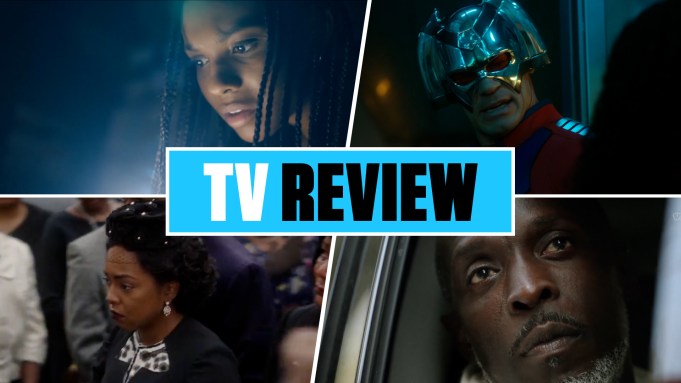 A new year almost always brings a sense of new hope and a steady small-screen stream of new offerings. In that sense, 2022 is no different than most of its predecessors, at least when it comes to the latter.

So, kicking off the year, which one of those contenders will be the show you have to watch this week? Take a look at my video review above to discover the answer.

Debuting tonight at 10 p.m. ET, Black Market with Michael K. Williams is back for a second season on Vice TV. The last documentary project from the multi-Emmy-nominated actor, who died in September 2021, the six-episode run returns to go even deeper into the shadows, struggles and seeds of the illegal American economy than before.

The first season of Black Market in 2016 earned The Wire and Lovecraft Country alum one of his five Emmy nominations.

Premiering on January 6 on ABC with two episodes and now available on Hulu, Women of the Movement examines the life and 1955 murder of Emmett Till and his mother Mamie Till-Mobley’s decision to make the world face what racists and their institutional accomplices had done to her teenage son.

Based on Devery S. Anderson’s 2015 book Emmett Till: The Murder That Shocked the World and Propelled the Civil Rights Movement, Women of the Movement is produced by Kapital Entertainment. The Cedric Joe- and Adrienne Warren-led six-episode series from creator-writer Marissa Jo Cerar and director Gina Prince-Bythewood runs until January 20 with a pair of episodes every week on the Disney-owned network.

Spawned out of last year’s The Suicide Squad, the January 13-launching Peacemaker brings back John Cena as the ruthless killer with a love of American democracy and a whole other bundle of contradictions. Kicking off with a trio of episodes on HBO Max, Peacemaker co-stars Danielle Brooks, Freddie Stroma, Jennifer Holland, Chukwudi Iwuji, Steve Agee and Terminator veteran Robert Patrick.

Based on the breakout comic book series that debuted in 2019, co-written by Brian Michael Bendis and David F. Walker and illustrated by Jamal Campbell, the January 11-debuting Naomi from Ava DuVernay and Arrow EP Jill Blankenship tracks a Superman-obsessed teenage girl’s journey from her small northwestern town to superpower heights.

Watch the video above to see which is the show you have to watch this week.