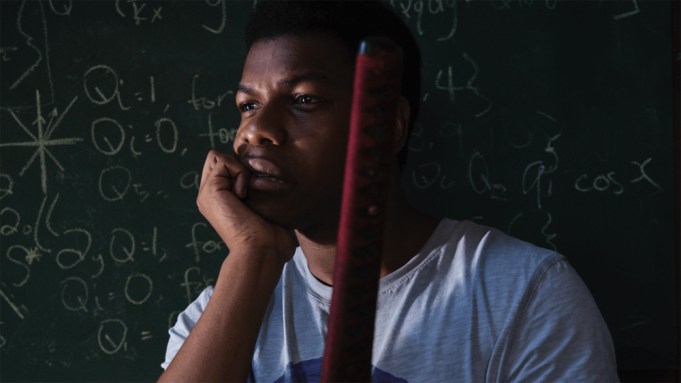 “The U.S. criminal justice system: Once you fall in, it’s almost impossible to get out. But what if you could beat the system at its own game?”

Here is the first trailer for Naked Singularity, a heist thriller starring Star Wars’ John Boyega and Ready Player One’s Olivia Cooke from executive producers Ridley Scott and Dick Wolf. Check out the trailer above and the film’s key art below.

The pic from first-time feature director Chase Palmer follows Casi (Boyega) is a promising young public defender in New York City whose idealism is beginning to crack under the daily injustices of the very justice system he’s trying to make right. Doubting all he has worked for and seeing signs of the universe collapsing all around him, he is pulled into a dangerous, high-stakes drug heist by an unpredictable former client (Cooke) to beat the broken system at its own game.