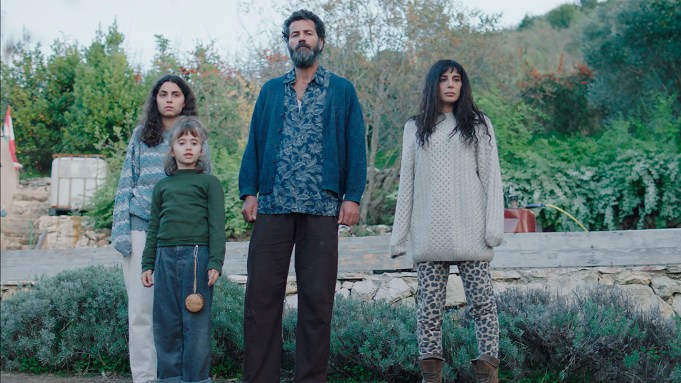 EXCLUSIVE: Here’s your first clip for Costa Brava, Lebanon, which had its world premiere at the Venice Film Festival and will have its North American Premiere at TIFF on Saturday.

Nadine Labaki (Capernaum)  and Saleh Bakri (Wajib) star in the feature, which is being sold by Participant and Endeavor Content in the U.S. and by MK2 internationally.

Mounia Akl directs the drama about the free-spirited Badri family which escapes the overwhelming pollution and social unrest of Beirut by seeking refuge in a utopic mountain home they built for themselves. Unexpectedly, an illegal garbage landfill begins construction right next door. With it comes the very trash and corruption they were trying to escape. As the landfill rises, so do family tensions. The Badris are left with a choice: stay off the grid or leave their idyllic home and face the reality they fled, hoping to stay true to their ideals.

The film is produced by Myriam Sassine and Georges Schoucair.

In keeping with the environmental themes of the film, for one of the first times in the Arab region, green measures were implemented to create sustainability on set (recycling, saving water and electricity, reducing carbon emissions) with a goal to come up with a protocol that might be adopted by other film crews in Lebanon and in the MENA region.

Mounia Akl said: “Growing up in Lebanon, I was surrounded by chaos and poetry. The country was always on the verge of an apocalypse, leading us to live in the present though never sleep peacefully. I started observing the tools that we arm ourselves with to fight trauma, often reverting to impulse or denial. In Costa Brava, Lebanon, I try to look at this family’s structure in hopes of mirroring the one of our society. The Badri family’s ideal of staying pure by disdaining society is an escapist fantasy. But from fracture and discord there is an opportunity for the Badri family – and Lebanon – to rebuild with clear-eyed truth and compassion.”