Continue to Deadline SKIP AD
You will be redirected back to your article in seconds
Skip to main content
April 12, 2021 7:00am 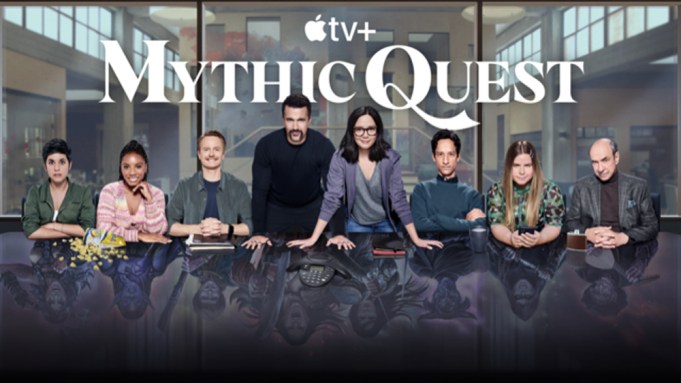 “We’ve been working really well together,” Ian tells the executive producer about his office relationship with the newly promoted co-creative director, Poppy. A blow-up fist bumps ensues, but then they’re told: “I’ve seen this kind of rapport — it’s the calm before the divorce.”

The series follows the team behind the biggest multiplayer video game of all time. Season 2 finds everyone back in the office (well, almost everyone), attempting to build upon the success of Raven’s Banquet by launching an epic new expansion. But Ian (McElhenney) and the newly promoted co-creative director, Poppy (Nicdao), struggle with the game’s direction. Meanwhile, C.W. (F. Murray Abraham) reconciles some unresolved issues from his past, the testers (Ashly Burch and Imani Hakim) test the bounds of an office romance, and David (David Hornsby) loses yet another woman in his life as Jo (Jessie Ennis) leaves him to assist Brad (Danny Pudi).

Apple TV+ will premiere the sophomore season of Mythic Quest on May 7. Have a look at the trailer above.