Continue to Deadline SKIP AD
You will be redirected back to your article in seconds
Skip to main content
May 15, 2020 10:00am 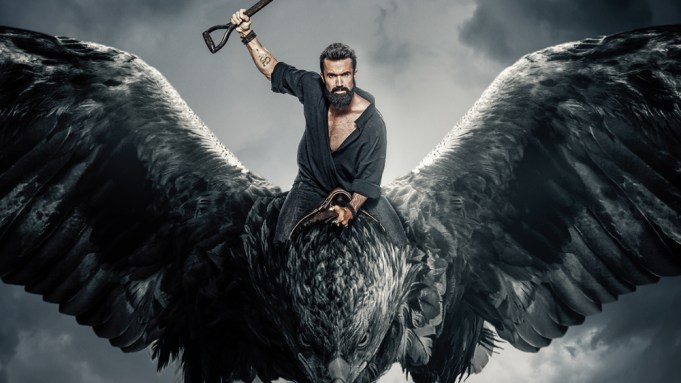 Shot entirely on iphones, the half-hour Mythic Quest: Quarantine finds the team behind the biggest multiplayer video game of all-time tasked with working from home. Poppy (Charlotte Nicdao) and Ian (Rob McElhenney) struggle with solitude, while Brad (Danny Pudi) and David (David Hornsby) start a charitable competition. Assistant Jo (Jessie Ennis) tries to explain video-conferencing to CW (F. Murray Abraham) with mixed results. To produce the episode, the cast and crew worked remotely in multiple locations across the country. You can watch a teaser above.

“Lots of workplaces are figuring out this whole working-from-home thing, and the gaming industry is no different. Virtual meetings are a new and special kind of hell, so I think people will relate,” said McElhenney. “Yes we’ve all had low points, but there have also been incredible moments of triumph and we wanted to celebrate that.

“We needed to shoot this episode fast without sacrificing quality. Thankfully, we’re living in a time when everyone’s got a camera in their pocket. Having an iPhone coupled with the ingenuity of our crew, allowed us to make this unique piece of television in just days. We hope people enjoy it as much as we enjoyed making it.”

Co-created by McElhenney, Charlie Day, and Ganz, Mythic Quest: Raven’s Banquet follows a team of video game developers as they navigate the challenges of running a popular video game. The first season is now streaming globally on Apple TV+, and has already been picked up for a second season.