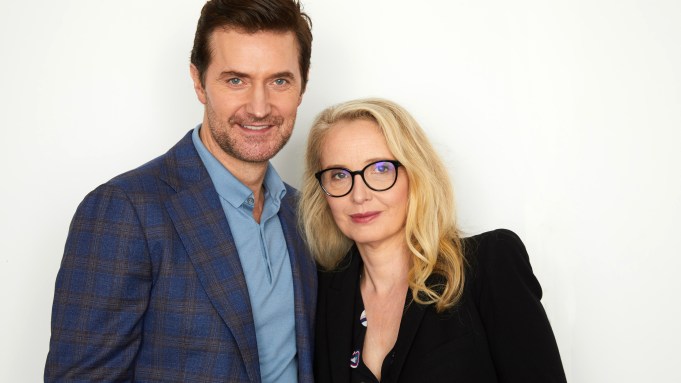 My Zoe marks the seventh film by writer-director-actor Julie Delpy, who is perhaps best known for starring in Richard Linklater’s Before trilogy. The suspense drama surrounds an ex-husband and wife couple whose toxic marriage may be over but they are still in contact with each other as they co-parent their daughter Zoe. But when tragedy strikes this fractured family, Isabelle (Delpy) takes matters into her own hands.

During her time at Deadline’s Toronto Studio, Delpy, who was joined by co-star Richard Armitage, revealed that while she came up with the idea for the film years back, it really flourished when she “became a mother.”

“Suddenly the whole concept that was more just a spark to start with became more of a screenplay that I wanted to write. I started writing it about eight years ago, and finished it about six years ago, and then put it together, and it was very important,” she said. “I just felt like to me, it was important because it felt like something so profound, the fear that you feel as a parent and all the anxiety that it is.”

Though the pic deals with dark issues and tragedy, “I didn’t devoid the film of humor completely,” said Delpy.

“A couple separating or arguing can be a comedy or drama, as long as death is not involved. But even death, I remember moments in my life that were the most dramatic, I sometimes was giggling at the whole horror of what I was going through,” she added. “That’s something that can be funny sometimes.”

Click the video to watch the rest of the interview.