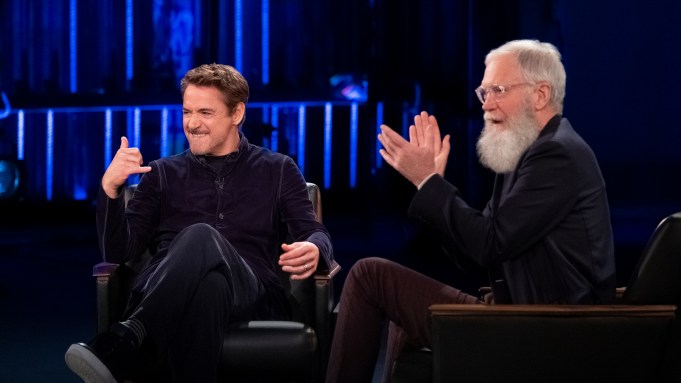 Our next trailer needs no introduction. Well, actually, it does. Netflix has released the first look at Season 3 of My Next Guest Needs No Introduction with David Letterman. Have a look at the trailer starring the late-night comedy legend above and photos of his interview subjects below.

All four episodes of the series that melds humor, curiosity and in-depth conversations with extraordinary people will begin streaming on Wednesday, October 21.

The third season will see David Letterman sit down — and move around — with the likes of Marvel superhero Robert Downey Jr., comedy great Dave Chappelle, reality TV superstar Kim Kardashian West and multiple Grammy-winning singer Lizzo. Watch as Letterman becomes uncomfortable with Downey’s prison tales, talks with Chappelle about police brutality, kindly asks if he can appear in Kardashian West’s shot and makes her cry and “records” with Lizzo.

Here are a few more images from Season 3 of My Next Guest Needs No Introduction with David Letterman: