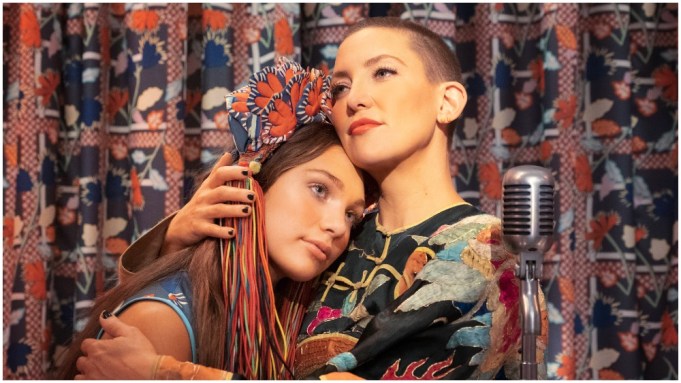 Here’s first footage from Music, which marks the directorial debut of musician and multihyphenate Sia.

Kate Hudson, Leslie Odom Jr. and Maddie Ziegler star in the movie, which follows the newly sober Zu as she receives news that she is to become the sole guardian of her half-sister named Music, a young girl on the autism spectrum.

Nine-time Grammy-nominated Sia is releasing her eighth studio album Music – Songs From And Inspired By The Motion Picture on February 12 to coincide with a limited theatrical run for the movie in Imax in the same month; it will also roll out internationally in early 2021.