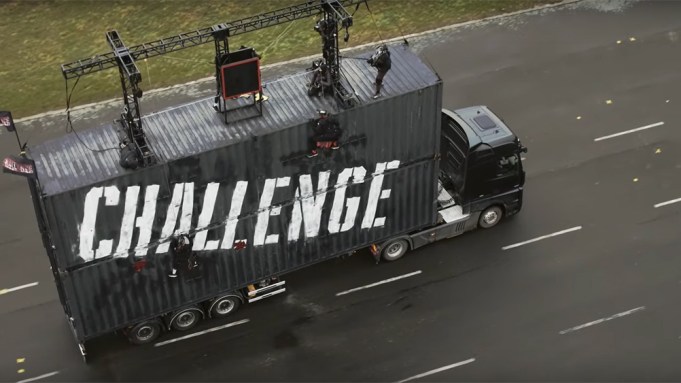 EXCLUSIVE: MTV has teamed up with Universal Pictures to create a terrifying Fast & Furious-themed stunt for its competition format The Challenge.

The ViacomCBS-owned network is challenging contestants on the 35th season of the show, titled The Challenge: Total Madness, to do their best impressions of Vin Diesel as they perform the stunt (above) on the side of a moving truck. The episode airs tonight, Wednesday May 6.

The Challenge: Total Madness Co-Exec Producer Jeff Schmidt said, “Every year we have to up the ante on these shows so any time we can get the kids to pee a bit in their pants and get scared, I think we’ve done our job right.”

The show, which is hosted by T.J. Lavin, features alumni from the likes of The Real World, Big Brother, Survivor, The Amazing Race and Geordie Shore as they compete for a share of the $1M prize. The show, which was filmed in Czech Republic, premiered last month and the opener saw its highest ratings in years in two key demos. It drew a 1.14 rating in P18-49, its best premiere showing in eight years, and a 1.27 rating in P18-34, the highest in seven years, in Live+SD.