Continue to Deadline SKIP AD
You will be redirected back to your article in seconds
Skip to main content
January 27, 2019 11:03am 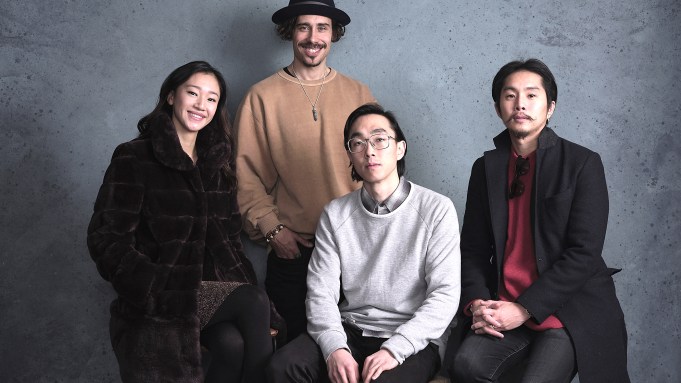 After winning the NEXT Audience Award at the 2017 Sundance Film Festival for Gook, Justin Chon is back in Park City this year with his latest, Ms. Purple, another intimate and compelling portrait of Korean Americans living in Los Angeles.

Set in Koreatown, the drama follows Kasie (Tiffany Chu), a young woman dealing with a lot of inner turmoil, who makes ends meet as a companion for drunken men. Estranged from her brother Carey (Teddy Lee), the pair must come together, as the single father who raised them nears death.

A Korean-American actor-turned-director, Chon knows that his community has been underserved by Hollywood, still struggling for representation—behind the camera, and before it—even in a year which saw strong recognition for projects like Crazy Rich Asians, Killing Eve and To All The Boys I’ve Loved Before. “We need more storytellers, more producers, more writers, and it’s my job as a director to curate new talent from my community. All these wonderful actors, they deserve to be seen; they deserve to be noticed,” Chon told Deadline, appearing at our Sundance Studio.

Speaking to these issues of representation, Chon pointed out a pattern he’s seen in Hollywood casting up until recently. “They’ve said, ‘Oh yeah, we tried to cast Asian, but we couldn’t find anyone.’ It’s f*cking bullsh*t. Like, you guys just didn’t look hard enough. Because if you look hard within the community, you can find extremely talented individuals like these three right here,” he said, alluding to stars Chu, Lee, and Octavio Pizano.

For Chon, these issues don’t stop with his own community; he included a storyline for Pizano in the film, reflecting the experience of the Hispanic community also living in Koreatown, among people of all different backgrounds. “It’s like, how do we operate harmoniously in this country? It’s not just about ours is ours and yours is yours. I feel like that’s a lot of how this country is right now,” the director reflects. “We all have to coexist, so I think I’m trying to practice that through my art.”

Expressing a clear desire for community, and the forging of bonds between people of different backgrounds, Chu also resonated with these ideas. In the end, it was community—and family—that drew her to the project in the first place, with her lonely character trying to find some sense of harmony inthe world. “I think in the end that when people watch it, they’ll realize that there’s a bigger community out there, and you don’t have to be alone,” Chu said. “You can share your experiences so that everyone’s able to understand a little bit better.”

To view our conversation with the director and stars of Ms. Purple, click above.