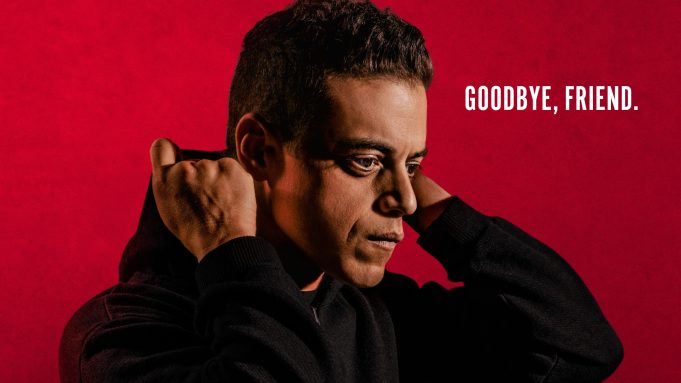 “This is an endless war. What you’re about to do is crossing a line,” Christian Slater’s Mr. Robot tells his son Elliot (Rami Malek). His reply? “It’s a little late for that, don’t you think?” Here is the official trailer for the final Season 4 of USA Network’s hacker drama. The Golden Globe-winning series returns at 10 p.m. Sunday, October 6.

Season 4 is set during Christmas 2015, and as we can see here there’s a lot of murder. When we last left off, yikes, close to two years ago, Elliot and his sister Darlene (Carly Chaikin) were becoming the pawns of nefarious hacker group, the Dark Army, led by White (BD Wong).

Meanwhile, Elliot’s BFF Angela (Portia Doubleday) learned that her real father is Phillip Price (Michael Cristofer), the head of multinational E-Corp, which Elliot, Mr. Robot and the Dark Army have been trying to take down.

Malek won a 2016 Lead Drama Actor Primetime Emmy and for his role as Elliot, a hacker who suffers from a disassociative identity disorder. This year, Malek took home a lead actor Golden Globe and Oscar for his turn as Queen frontman Freddie Mercury in Bohemian Rhapsody.