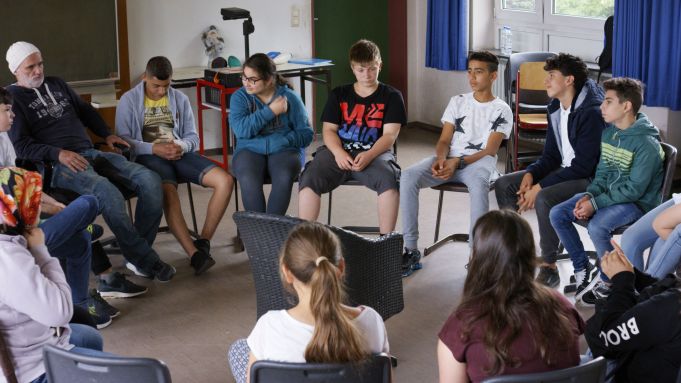 EXCLUSIVE: Here’s some endearing first footage from Mr Bachmann And His Class, Maria Speth’s feature doc which is premiering in Berlin’s Competition program this year.

The movie is an intimate documentary portraying the bond between an elementary school teacher and his students. His unconventional methods clash with the complex social and cultural realities of the provincial German industrial town they live in.

Speth’s previous work includes her debut feature film The Days Between, her second feature Madonnas, which premiered in Berlin’s Forum in 2007, her first documentary, 9 Lives, for which she won the Metropolis German Directors Award, and her 2014 title Daughters, which was also in Forum.

Sales are being handled by Films Boutique.