Continue to Deadline SKIP AD
You will be redirected back to your article in seconds
Skip to main content
September 13, 2019 1:30pm 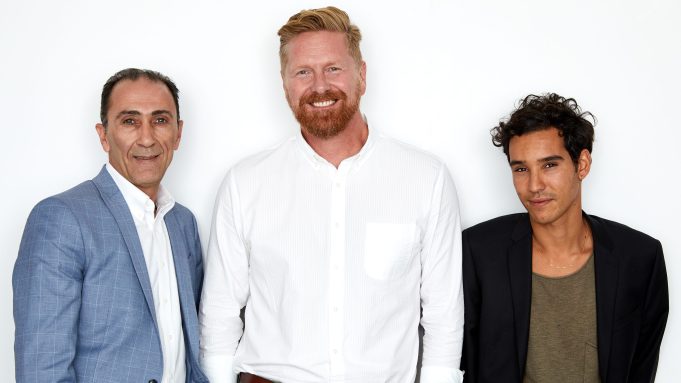 Focusing on 12 hours in the day of a rookie cop in Northern Iraq, Matthew Michael Carnahan’s Mosul arrived at TIFF after a rapturous reception in Venice, where it screened outside of competition. Produced by the Russo brothers, it’s an immersive war drama somewhat akin to Kathryn Bigelow’s The Hurt Locker, starring Suhail Dabbach as the cool-headed leader of the feared Nineveh SWAT team.

“The inspiration was a New Yorker article written by Luke Mogelson,“ explained Carnahan, “which is one of the best pieces of journalism I ever read. It was this pure, out-of-the-blue lightning strike of an email that came in and said, ‘Would you read this and consider creating something? We don’t quite know what, but let us know how you feel about it.’ I hadn’t even finished it when I thought, ‘I’ll for sure write it—if they’ll allow me to direct it.’”

Carnahan—brother of Narc director Joe—was particularly drawn to the backstories of the Nineveh SWAT team. “You obviously have to know your way around rifles and weapons and battlefields,” he said, “but you also have to have lost a family member or been wounded by ISIS—that’s the second criteria—and almost all of those guys could claim both. They’d both been wounded and lost family. One of the leaders of the unit, I tallied it up, I think he lost six family members directly to ISIS. His engagement party was attacked—his sister was shot at his engagement party—and it’s that level of brutality that just kind of exposed this gap in my knowledge of a place that I thought I knew.

“We’d been at war with Iraq, in some way, shape or form, for 30 years now,” he continued. “I was a senior in high school when the first Desert Storm happened, and I didn’t know these guys existed. I was riveted, and I was desperate to tell a story on film that hopefully elicits the same reaction from an audience that I had when I finished the article.”

For more from our conversation with the director and stars of Mosul, check out the video above.
The Deadline Studio is presented by Hyundai. Special thanks to sponsors Soia & Kyo, Fig & Olive, The Watford and Inkbox; and partners Calii Love and Love Child.