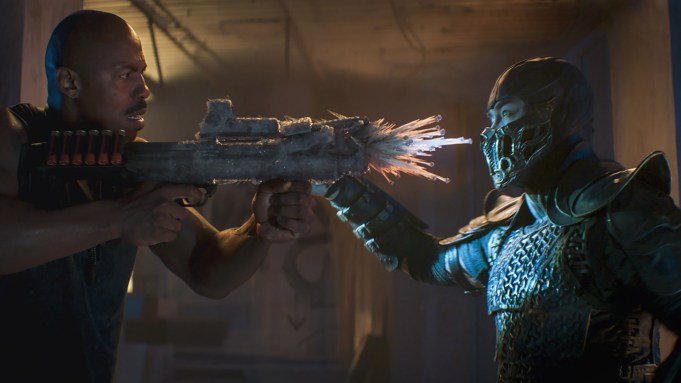 New Line Cinema on Thursday released the official trailer for Mortal Kombat, the latest adaptation of the iconic fighting video game franchise. Warner Bros recently pushed back the pic’s release date to April 16, 2021 eyeing Imax theaters for it srun; it also will be available in the U.S. on HBO Max day-and-date per Warners’ 2021 strategy.

Australian commercial filmmaker Simon McQuoid makes his feature directorial debut with the action pic, which by the looks of the trailer doesn’t skimp on the games’ penchant for bloody battles and the signature fatal moves that put an end to them; New Line’s 1995 original adaptation starring Christopher Lambert was PG-13.

The plot of the new pic centers on an MMA fighter, Cole Young (Lewis Tan), who learns that the dragon mark on his chest is no birthmark after the Outworld’s Emperor Shang Tsung sends his best warrior, Sub-Zero (Joe Taslim) to hunt him down. Cole goes in search of Sonya Blade (Jessica McNamee) at the direction of Jax Briggs (Mehcad Brooks), a Special Forces Major who also has the mark. They end up at the temple of Lord Raiden (Tadanobu Asano) where Cole trains as one of Earth’s champions against the enemies of Outworld in a battle for the universe.

The cast of characters in Greg Russo and Dave Callaham’s script includes many familiar names from the vidgame franchise, which in 2019 launched Mortal Kombat 11 from NetherRealm Studios and Warner Bros Interactive Entertainment. They include Josh Lawson as Kano, Ludi Lin as Liu Kang, Chin Han as Shang Tsung and Hiroyuki Sanada as Scorpion. There’s also Max Huang as Kung Lao and Sisi Stringer as Mileena.