Continue to Deadline SKIP AD
You will be redirected back to your article in seconds
Skip to main content
January 30, 2019 11:13am
1Comments 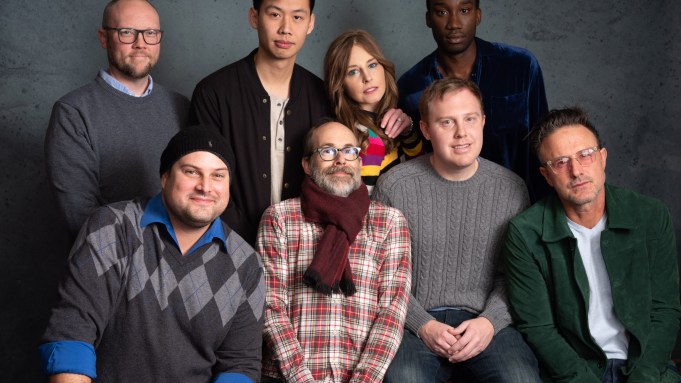 “I was able to meet all the real people and as I went deeper into the story it just became more and more strange and interesting to me. So once I got invested emotionally with the real people, I just I had to tell [the story], said Heyne, who was accompanied by stars Nathan Stewart-Jarrett, Kelly Sry, Brian Huskey, Max Adler, David Arquette, and Tonya Cornelisse at Deadline’s Sundance Studio.”

Hill, who was living in the company’s warehouse at the time, went on a rampage with a sword when he was told he was fired. He eventually killed Wong, who tried to intervene when Hill was attacking two others. Hill was killed in a standoff with police five days later.

“I wanted to explore these characters and give them a humanity and dignity that a punch line wouldn’t normally give them, said Heyne. “I have no agenda. It’s really just I wanted to tell the story and let people see what these people went through so they would have the dignity they deserve.”