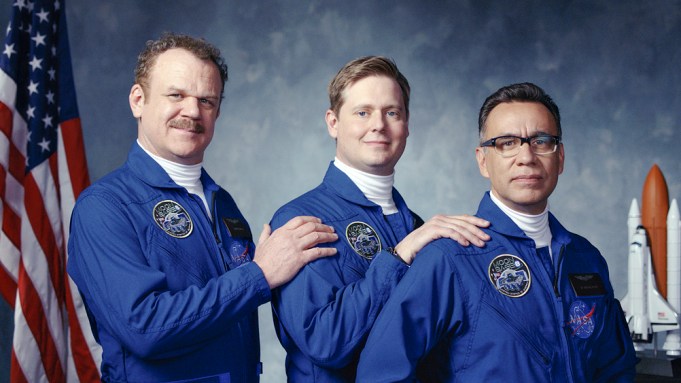 The trailer, which dropped Tuesday, follows Skip, Rook (Heidecker) and Cap’s (Reilly) shenanigans at the titular base in Arizona. From recycling urine into water to unsuccessfully simulating a rocket launch, the clip features the lead characters working towards their aspirations and goals of reaching the moon.

Though joining the mission for a range of reasons – from extending a family legacy to promoting the word of Jesus Christ throughout the galaxy, the Moonbase 8 team comes together to prove to NASA that they are not in over their heads in the hopes of reaching the astronomical body.

“That’s why I love you guys. We’re dedicated to a mission that’s beyond our ability but we’re going to try anyway,” Reilly’s Cap tells his teammates. “We are going to the moon.”

Showtime, in addition to releasing the series trailer, set the premiere date for the comedy. Moonbase 8 will debut on Showtime Nov. 8 at 11 p.m.