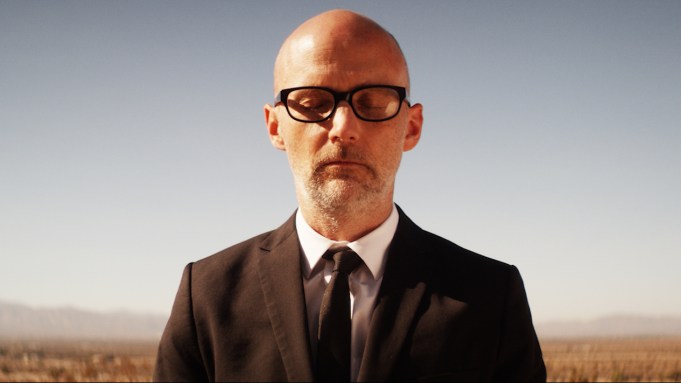 Moby is finally getting his own rock-doc treatment with Moby Doc, set to launch May 28. Greenwich Entertainment, which Deadline revealed had acquired U.S. rights, has launched the first trailer for the feature-length documentary, which you can see above.

The film, directed by Rob Bralver, will be released in theaters and via digital platforms on the same day the punk rocker-turned-electronic music pioneer has a new record out.

The surrealist biographical documentary is narrated by Moby himself, a man who has appeared in numerous music docs as a talking head. He will reflect on his turbulent personal life and iconic music from underground punk bands to chart-topping solo artist, and from struggling addict to vegan activist.

The film features interviews with David Lynch and David Bowie along with concert footage, blending re-enactments, interviews and archival footage. It will tell the story of how a man with a traumatic childhood went from playing in hardcore band the Vatican Commandos to having a hit with the electronic-tinged “Go.” However, the man who was dubbed “the king of techno” then took a left turn and made Animal Rights before leaving his record label Elektra. It was his fifth album Play, released in 1999, that sent him stratospheric – a record that every song was licensed to commercials, movies and TV series.

Moby has released two memoirs – Porcelan: A Memoir and Then It Fell Apart. Bralver has worked with Moby on a number of projects including a slew of videos. He also produced music doc Our Vinyl Weighs A Ton: This Is Stones Throws Records about the L.A. record label.