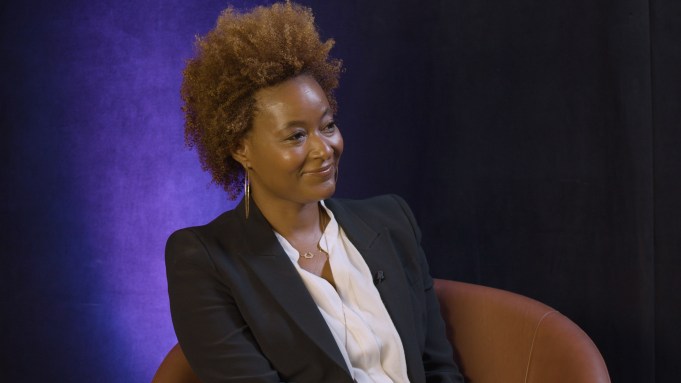 “For me, it’s about opening the door for people, giving access to writers who might not be heard right now,” says Mixed-ish showrunner Karin Gist about utilizing her perch on shows like ABC’s upcoming Black-ish prequel and the now-canceled Star to broaden the horizons of the small screen.

“So, for me, I just read as many things as I can from as many people as I can,” the forthright former Grey’s Anatomy co-executive producer added in today’s edition of Deadline’s video series Next Generation TV. “Whether that be their experience is diverse or the way they appear in the world is diverse, it’s just about finding and looking in places that, I think, normally we wouldn’t look for writers.”

Coming off two years running the Fox music drama created by Lee Daniels and Tom Donaghy, Gist, a former lawyer, clearly has a special place for Star, which Fox dimmed after three seasons on May 10.

“That show had a big life,” proclaims Gist, who has an overall deal at 20th TV, of the series led by Jude Demorest, Ryan Destiny and Brittany O’Grady. “This idea that we were able to tell these unique stories, they were entertaining and fun,” she continued, “but then we introduced this idea of politics, and holding the mirror up to society and trying to be a part of the conversation.”

Not that Gist herself has lost a beat after Star officially ended last week when Daniels admitted a revival on another outlet “ain’t happening.” Shepherding the fall-debuting 1980s-set Mixed-ish for television, the ICM Partners-repped Gist is also penning Sister Act 3 for the big screen.

As we head closer and closer to the heat of summer and a rising awards season, check out my interview with Gist above. While you’re at it, take a look here at last week’s Next Generation TV video with Ramy Youseff, co-creator of the piercing Hulu series that bears his name.